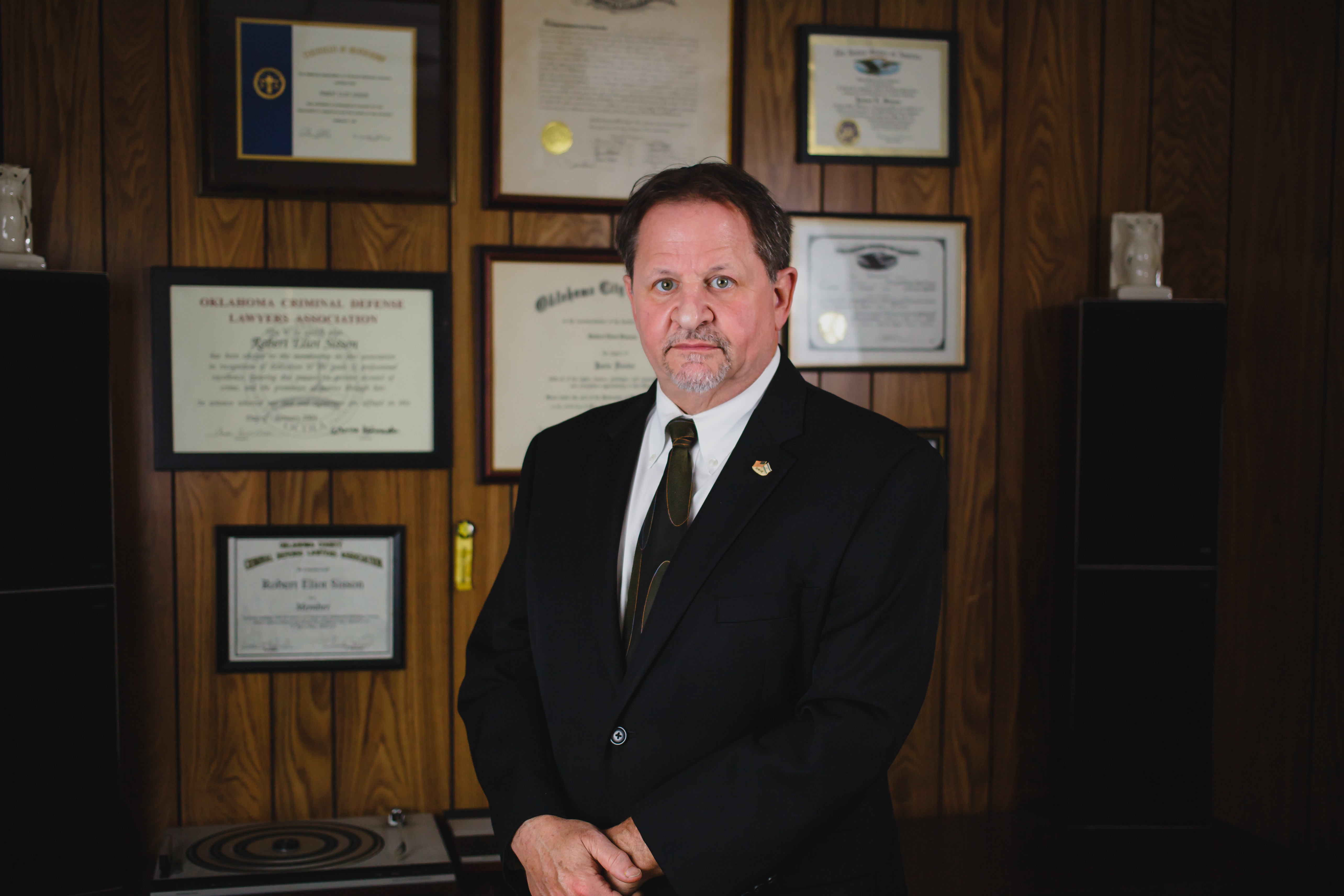 So two people in a relationship are having a squabble. Maybe there was never a fight at all. Either way it’s domestic abuse charges if anyone from Jimmy, Janie or the nosy- ass next door neighbor calls the Police. Once the Police come, then it’s only a question under Oklahoma Law if the Officer Sees Visible Injuries Consistent with Domestic Abuse Assault and Battery. If the Officer Claims to see said injury, there will be an arrest.

TRUE CASE FILE: I (Criminal Defense Attorney Robert Eliot Sisson) had a case years ago where the young woman’s nose was folded to the side of her very pretty face. The Police arrested my client (Her Husband) For Domestic Abuse as her nose was folded over almost to her cheek.

My client was charged with Domestic Abuse Assault And Battery.

I performed a thorough case investigation which revealed that her nose was that way since birth and I acquired a High School Graduation picture and there was the folded nose. Case Dismissed!

If a person pleads guilty and gets a Deferred  Sentence (Probation without Conviction) and then gets charged again with Domestic Violence / Domestic Abuse than that person will likely be charged with Felony Domestic Abuse.

There are situations where a first offense for Domestic Violence / Domestic Abuse can and usually will be charged as a Felony and that is where a bone is allegedly broken or a weapon allegedly used or the person is allegedly strangled.

In the usual case, police responding to a Domestic Violence / Domestic Abuse call are not walking in to an ongoing physical situation.

Frequently the first person to call Police is declared by Police to be the Victim whether or not the person in truth was a Victim. It’s called the first one to call rule. Sometimes Law Enforcement gets it right.

Sometimes, one person truly started “it”.

It Must Never Be Forgotten that the Defense of Self-Defense Applies.

TRUE CASE FILE: I had a client charged with Breaking his Wife’s Jaw. Many Lawyers would tell themselves that this client has no hope. He Broke his Wifes Jaw!!!  NOT SO!!!

The Client (her Husband) stood Six Feet Two, 250 lbs and no fat tells me he has a defense. Self defense.

I look at him and think this better be good.

He tells me he is sound asleep and the drunk angry wife jumps on top of him and starts hitting him in the head with all her might. I think maybe she is five feet zero and 90 pounds. Nope he says. She is built stout. No fat. Very feminine. Very normal.

Married (they both stopped drinking after this incident) with children and this case could really mess his and even her life up.

Knowing the value of a thorough investigation, I ask to meet her.

She was a very nice woman and exactly as my client had described her.

Now I have a problem. The DA won’t meet with or talk with the alleged Victim. She says he broke her jaw so nothing to talk about.

The following is an example of why you want to hire an experienced Criminal Defense Attorney.

Robert Eliot Sisson has been fighting and winning since September 20, 1989.

In his 30+ years of experience, just one of the many lessons learned not taught in law school is:

When the DA meets my clients wife she looks at her and my clients wife asks, “What would you do if I started hitting you in the head over and over as hard as I could?” The young DA said only these words: STATE WILL DISMISS. The case was dismissed.

IF YOU OR SOMEONE YOU CARE ABOUT IS FACING DOMESTIC ABUSE OR VPO VIOLATION CHARGES PLEASE CALL THE LAWYER THAT WINS, ROBERT ELIOT SISSON.

Free Consultation, no need to call, just drop by the office between 12:30 and 1:30 for your free consultation. Other times available by appointment.

Next to Oklahoma County Courthouse